Why is a Rally Necessary? 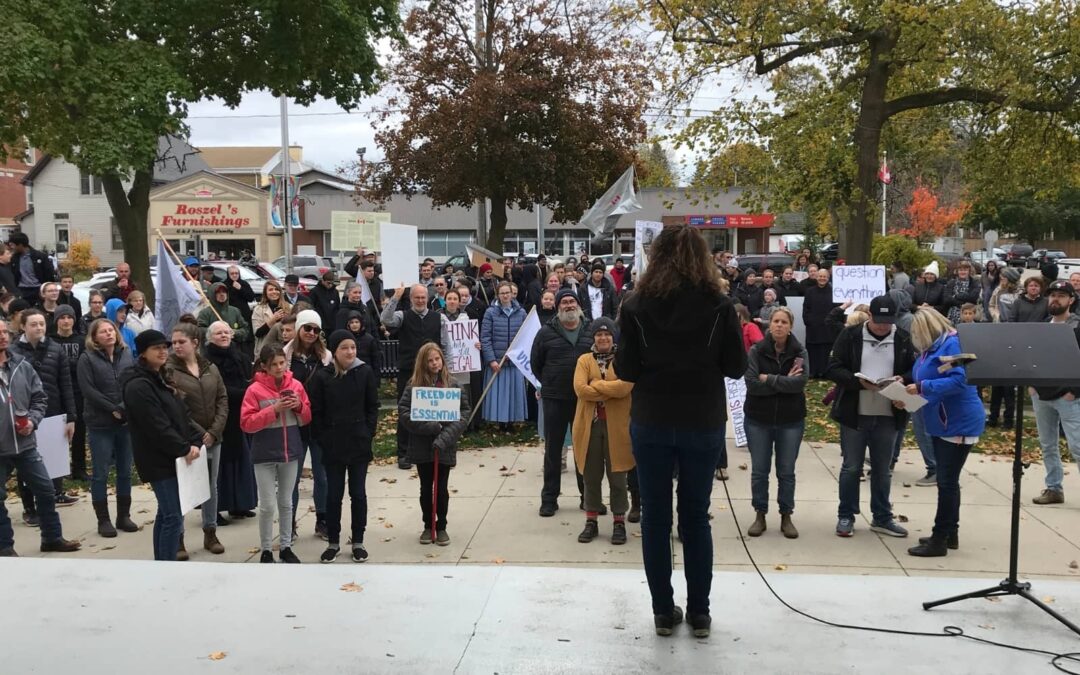 Why is a Freedom Rally necessary?

How did you get into this cause?

I’ve always been active in the cause for individual freedoms, medical freedom and personal responsibility.  Our family lifestyle really encompasses each of those aspects of freedom. I have chosen to take on the education of my children instead of delegating that to the state, as well as utilizing natural health care as much as possible in order to care for my family.   Some would say those things are risky, but risk is inherent in living freely, and our choices have to this point been enormously beneficial for our family.  I always advocate for families to be free and responsible to take care of themselves as they see fit, and I’m grateful to take upon as much risk and responsibility with my family in living the best versions of ourselves that we can.  In the last 8 months in particular, under the guise of emergency measures, the government has taken enormous steps to remove those liberties from us, and that is what has prompted me, as a mom, to stand up and speak up for the cause of freedom in a more direct way.

Are you a member of the Church of God in Aylmer?

Yes.  I became a member this year, and have been involved in the national zoom calls.  It has been of great benefit and education to hear news and learn from constitutional lawyer Rocco Galati, who is representing Vaccine Choice Canada in claims against various levels of government.

I came across 100 Million Moms on Instagram not too long ago, and what they were doing really resonated with me as a mom. As mentioned, I’ve always wanted to be active and provide a space for families to be encouraged and to stand up and speak up for the freedoms and rights that the charter and constitution of this country are founded on. 100 Million Moms has helped me with some of the logistical support and direction I needed in order to do just that. 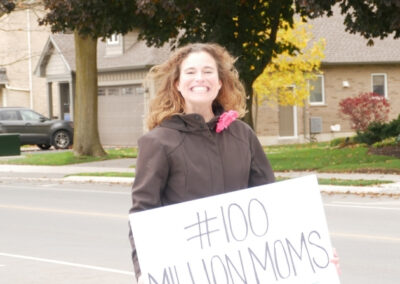 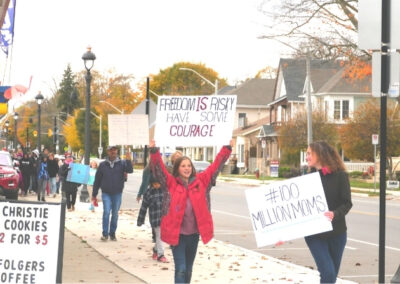 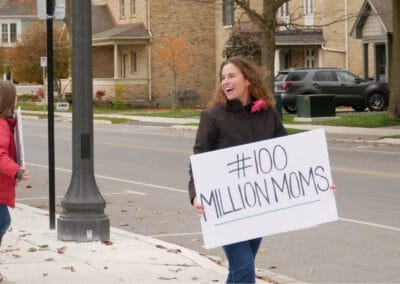 Well, clearly fewer.  I mean, if we look at the constitution and charter, it’s quite obvious that the government has already overstepped its bounds for many, many years.  But that’s nothing compared to what has happened in the last 8 months.  All levels of government have basically discarded with the constitution and charter all-together, and they’ve done so by enacting spurious emergency legislation, based on dubious science, at best.  That’s what is being challenged as we speak.  It’s not that the government has no mandate in the field of public health; it certainly does.  But it is very narrow, and to suggest that governments are within their bounds, especially during the last 8 months, is quite a precarious argument.

Are you calling for more public scrutiny on how governments are making their COVID-19 response decisions?

Absolutely, 100%.  And that’s finally, after so many disastrous effects of these decisions having manifested themselves, being challenged.  Not only in court, but openly, vocally, by more and more people just like me.  And interestingly, where before, political parties spoke in one authoritarian voice in issuing Covid-19 measures, we’re just now beginning to see the cracks in the edifice of these political structures themselves.  MPs, MPP’s, mayors and large groups of medical professionals are beginning to speak out themselves, and demand to know on what basis these decisions were made, and what kind of justification thresholds were used.  This would never have happened without precisely the kind of public pressure that I, and thousands of others, are putting on governments.

In your view, how should governments address COVID-19?

This is far too large and complex a question to answer in this interview. 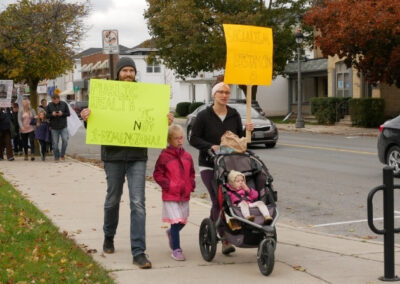 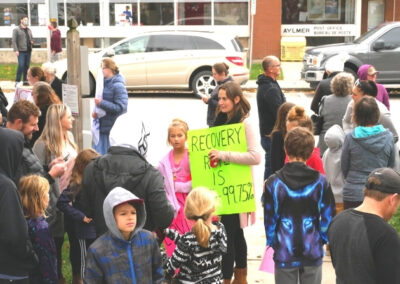 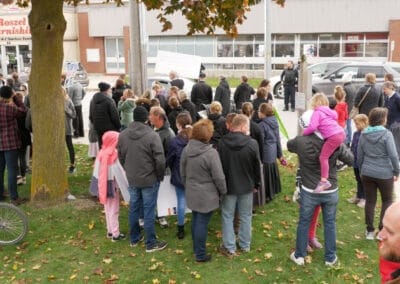 Individuals can choose to flout public health regulations in their own personal lives. Why is this public rally necessary?

To suggest that my public rallies, or any of the public rallies, are simply about “flouting public health regulations” is a gross mischaracterization of the issue, and displays an incredible lack of understanding of what the role of peaceful protest, and even civil disobedience, plays in a healthy, free society.  As I mentioned in my earlier answer, governments have handled COVID-19 so incredibly poorly, that what is called for goes way beyond some kind of “flouting of public health regulations”.  It calls for a strong challenge to the conditions and decisions under which people would flout public health regulations in the first place.  The amount of people who have responded to our first rally with “it’s just a piece of cloth”, or “wouldn’t you wear your seatbelt” is the type of low-resolution thinking that has obviously allowed governments to trample all over our liberties in the first place.  It takes deep, philosophical, careful, multi-layered thinking to address complex issues like COVID-19, and that is evidently lacking not only among most people, but sadly, among those who are sworn to protect our individual liberty.

How many people are you expecting?

It’s impossible for me to guess.  Since I don’t have an organization behind me, as such, I can only measure the support for this Saturday’s protest by how much it’s being shared on social media, so that’s not very quantifiable.  But I will say, there is such a huge ground-swell of support, and publicity, for our lawful Public Freedom March. 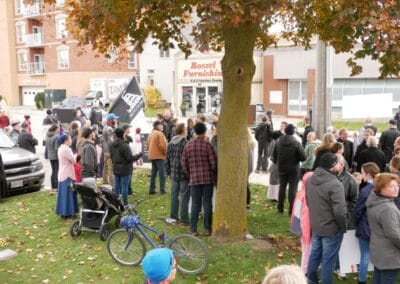 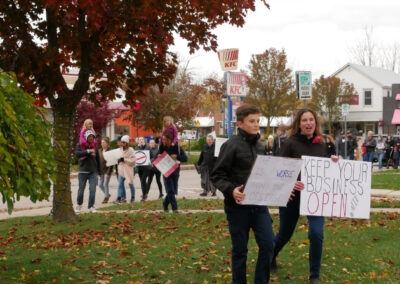 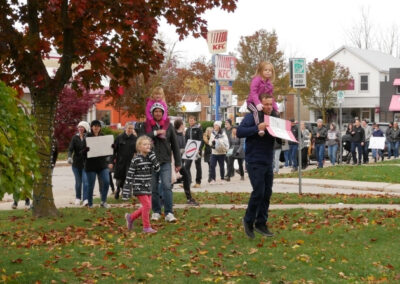 We’ve seen unrestrained COVID cases overwhelm hospitals in Lombardy, Italy, New York and right now, Belgium. Experts say the restrictions we have are necessary to avoiding situations like these. What is your response?

My response is that we have the wrong experts!  Take Belgium, since you mention it.  Belgium locked down hard and early in the spring, and STILL had the most per-capita COVID-19 deaths of any wealthy nation.  That should be a clear indication to anyone who would deign to call themselves an expert, to maybe reconsider repeating that mistake.  And it should certainly give great pause to governments to try such an obviously unsuccessful measure ever again!  But, doing as governments do, Belgium has gone back into a modified lockdown for six weeks.  Now take Sweden, which had almost no lockdowns, and where, today, people mostly live as freely and unencumbered by such nonsensical restrictions, and try to tell me that Canada ought to follow Belgium’s, rather than Sweden’s, example.  Get new experts, I say.  What’s also clearly known now are two important facts:  The handling and treatment of acute Covid-19 cases in the early spring in those places you mention, was incredibly detrimental.  In fact, most of those treatment protocols have now been discarded, and that is one reason why we have seen only a fraction of the ICU cases and deaths in what the government and media would like us to believe is a “deadly second wave”.  The numbers just don’t bear that out, because they’ve adopted a 100% case-count narrative.  Secondly, the regions that have locked down hardest, and decreed the strictest mask mandates, have fared, on whole, far worse than those that have not.  And while correlation is not causation, we have enough examples now to doubt very much that the key to avoiding situations like these is to repeat those mistakes.  That is what the people who are attending these rallies are shouting, if anyone will listen.

Does the rally have a march or parade?  What is the route?

We will be marching and having a motorcade leaving from the East Elgin Community Complex heading East down the Talbot Street. 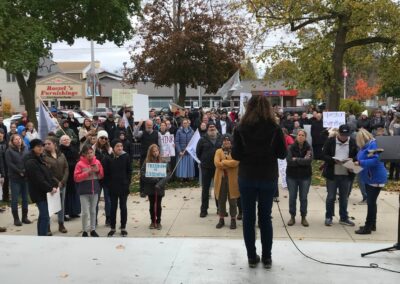