The Hidden Economic Lesson in ‘A Christmas Carol’ 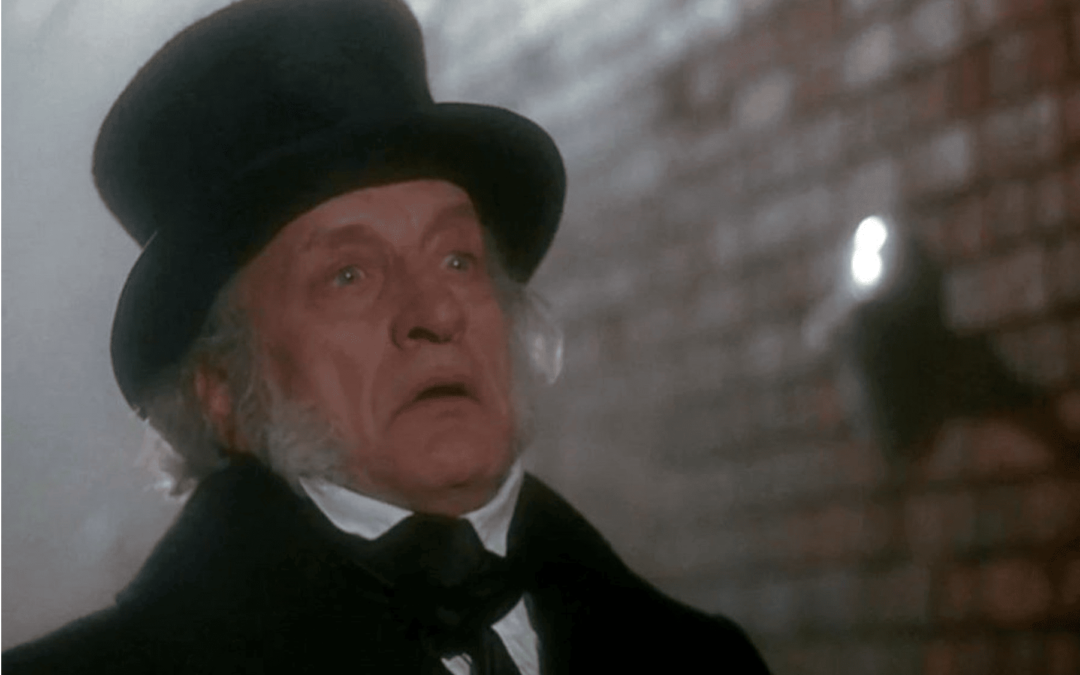 Ebenezer Scrooge, star of Charles Dickens’ classic A Christmas Carol, is Christmas’s most popular anti-hero. Stingy and mean, he is the antithesis of what the holiday season is supposed to be about. However, Scrooge comes to realize the error of his ways, and by the end of the tale he has transformed from greedy miser to beneficent humanitarian. It is through this metamorphosis that we can find much to learn from and admire about the man.

Sometimes A Christmas Carol is read as a critique of capitalism, which is understandable. Dickens had, for example, seen firsthand the horrors of 19th-century English coal mines, where young children sometimes slaved away in darkness and despair. Rather than throw out capitalism, however, Dickens may have sought to soften its harsher edges. The Economist magazine once suggested the tale was not so much a Karl Marx-style attack as it was the work of a reformer.

After all, Tiny Tim and the street children of London don’t run Scrooge out of town like a pariah. Nor does Scrooge abandon his business to dedicate his life to eastern philosophy. Rather, he learns to voluntarily spread his wealth around, not so differently than Bill Gates or MacKenzie Scott might do today.

One could draw the conclusion, therefore, that a businessman who has accumulated vast wealth can do many great things through charity. Today, the “Giving Pledge” signed by Warren Buffet and others, as well as elements of the “Effective Altruism” movement, adopt a model of this sort, which essentially says the best way to do good is to make a lot of money. Scrooge’s belated charitability never would have been possible if London had been home to communist breadlines.

The idea goes beyond charity. In The Constitution of Liberty, the great economist Friedrich Hayek argued that it’s socially beneficial to have a leisure class of wealthy individuals pursuing their idiosyncratic passions or even vanities. Today, Jeff Bezos and Elon Musk plan to take us to the stars with SpaceX and Blue Origin. Will they make it to Mars or beyond? They might not beat the odds, but it can’t happen if they don’t try.

One might apply the same logic to cryptocurrencies. Like Scrooge’s wealth, they make some people uncomfortable, and at the moment they can resemble online gambling. But that doesn’t mean they should be banned or replaced by a boring, government-run alternative. Like Musk and Bezos’s space aspirations, there’s potential for the technology to revolutionize an aspect of life—in this case, financial transactions on the internet. That potential is just as-of-yet unfulfilled.

The Lesson of the Ghosts

Aside from being a Christmas story, A Christmas Carol is also a ghost story, and these can contain hidden economics lessons. This one has an unintentional lesson for the economics profession itself.

The ghosts that visit Scrooge on Christmas Eve show him his past, present and future. Economics also has a storied past that, like Scrooge’s, hasn’t always led to self-improvement. In Dickens’s day, economics—called “political economy”—was a hybrid of what today we might call the interrelated fields of economics, law, political science, and philosophy. Lately, it looks more like a branch of statistics. Today’s economists are masters of deciphering cause and effect and scouring data for implications for public policy.

RELATED: Was Dickens Really a Socialist?

There’s nothing wrong with statistics, of course. One useful branch of the political economy tree has matured and sprouted fruit. But it’s done so by drawing vitality from the other branches, which have begun rotting or even fallen off. How many economists have absorbed the lessons of Platonic philosophy or the Homeric epics? We’ve lost some of our political economy soul, much like Scrooge lost his dear sweetheart to his narrow pursuit of a single interest—money.

The ghosts bear a dire warning about what is to occur upon Scrooge’s death, foretelling a friendless and forgotten future. But there is still time for Scrooge to change course. He’ll avoid the torturous fate of his deceased business partner Jacob Marley if he mends his ways—and indeed he does so. Will those oh-so-fashionable data-driven economists change too, or will their legacies one day end up neglected like Scrooge’s ill-maintained tombstone?

There is no shame in wanting to be rich, so long as one recognizes that a meaningful life is multifaceted. During the holidays, we try to live life for the moment, as Scrooge learned to do, which ironically involves keeping an eye on the past, present and future all at once.

Indeed, as Scrooge shouts triumphantly at the end of the story, “The Spirits of all Three shall strive within me!”

James Broughel is a senior research fellow at the Mercatus Center at George Mason University and an adjunct professor of law at the Antonin Scalia Law School. He specializes in state and federal regulatory procedures, cost-benefit analysis, and economic growth.

This article was originally published on FEE.org. Read the original article.