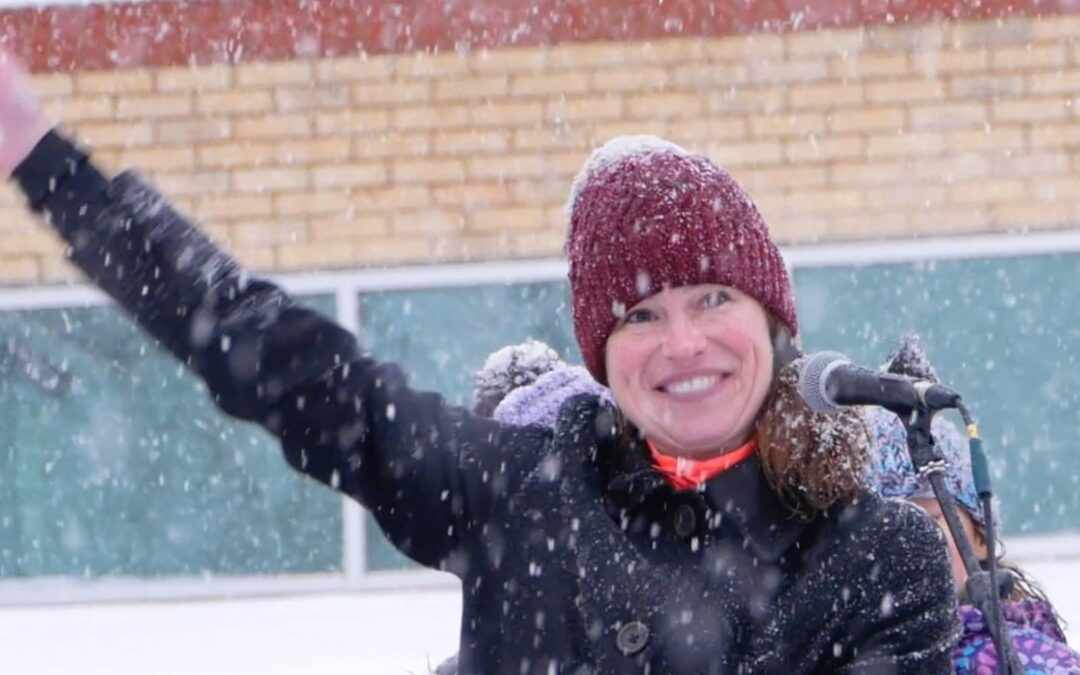 Below is my speech from the freedom march in London Ontario.  I’m incredibly thankful that more moms are stepping up and taking on the responsibility of providing space for Lawful Public Freedom Rallies.  With each event, more people are encouraged to live freely and find a way they can take initiative so we can get back to normal and get back to living.  Thanks for this space in London Ontario today Kristen Nagle!

Freedom for possibilities.  Freedom to fail, and then to learn and grow, and eventually to succeed.  Freedom, even, to get sick, or to get injured, but through her nurture and care, to get well and to get strong.  Freedom to be poor in possessions, but rich in spirit, so that those in her care can find good, meaningful work that makes them better people, and allows them to make our community better.

Humans are strengthened and made wise by enduring trials and taking risks.  Government wants to keep us in bubbles in the name of security and safety,  but we see increasingly that whatever government does in the name of safety only makes us sickly, weak, and dependent.   Freedom-loving people are disgusted by this false security, and wholeheartedly reject a life without risk and personal responsibility.

Moms are the first ones responsible for their children’s health, however we are challenged right from the birth of our children to give up more and more of that God-given responsibility to government officials, and their government-funded health authorities, who want to tear that responsibility out of the hands of us – the mothers.  It has become the constant fight of the responsible mother, to stand up against this intrusion into our domain, and to retain the right and responsibility to choose what is best for our children.  So, if you wonder how a simple Mom can run a public march in the face of incredible opposition, threats of violence, and aggressive intimidation from police and self-righteous politicians, I’ll tell you how: WE’VE HAD PRACTICE! 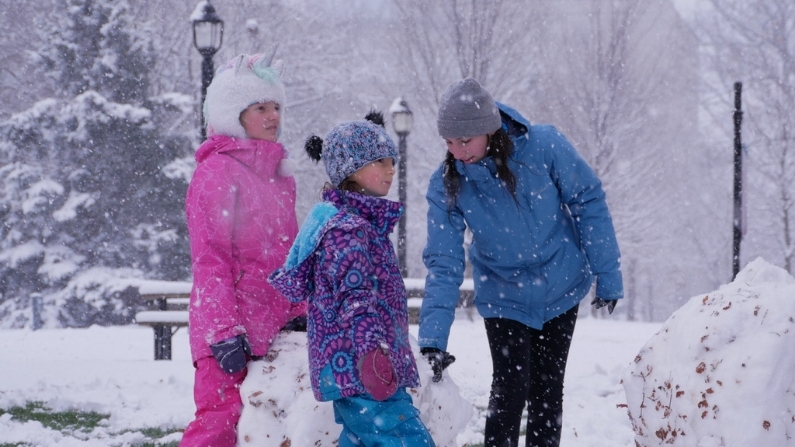 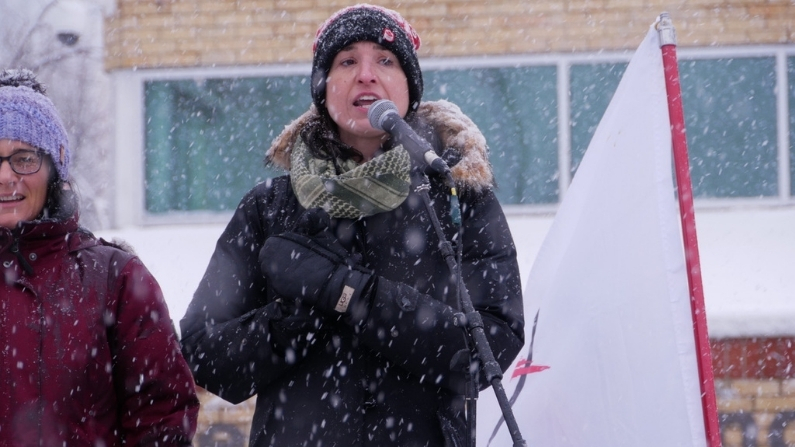 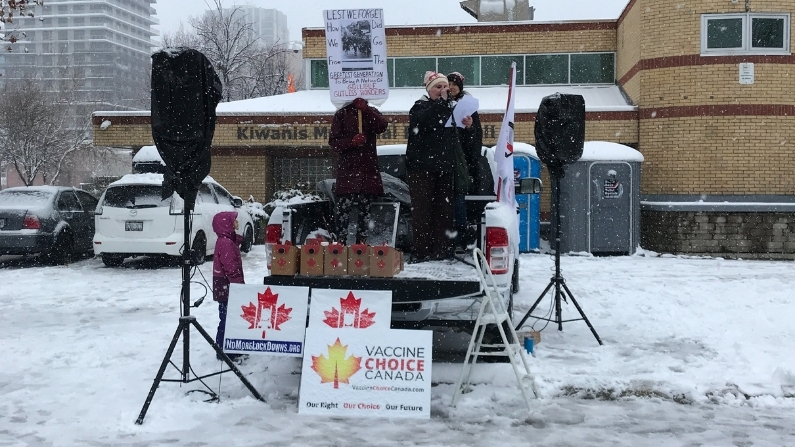 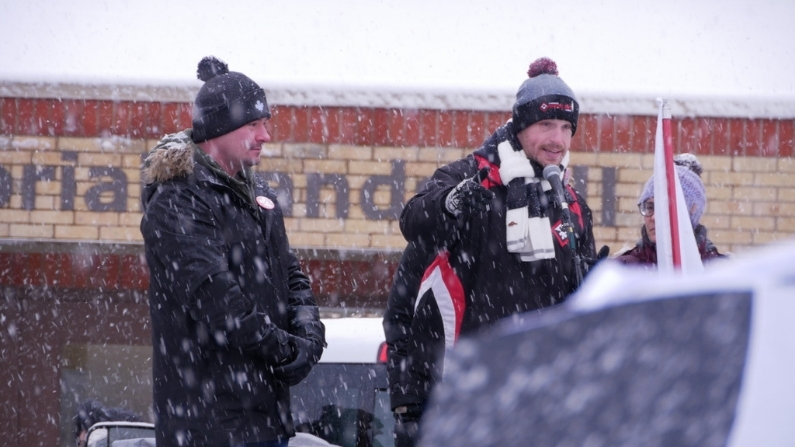 Your right, your responsibility, and your purpose as a Mother is sacred.  YOU have the authority over your family; NOT the state.  You feed, nurture and provide the space for your family to thrive – NOT the government.  The state has NO business telling you how to care for your family, and what is essential or not for their life – who we visit, who we grow with, how we learn, what health-care they need, or what they wear is OUR decision, NOT theirs.  And if you decide to delegate some of those responsibilities to someone else, and bring helpers alongside your domain, then that remains YOUR choice, and NOT the state’s.

Moms know that their children’s needs are individual and varied.  Moms make sure that all of the opportunities are there to give as full a life as possible to their children. This is what makes healthy, independent, fearless, strong human beings.  Healthy, independent, fearless, strong human beings create beautiful, healthy, and prosperous communities.

Government wants to be your mom, but it doesn’t have the slightest clue how!  So, it tries to classify you and put you in a box.  It markets you off to the highest bidders – big tech, big pharma, and big media, making you weak, dependent and sick.

But moms like you and I are here to take back what was always ours.

I want to thank one mom in particular today for her courage and strength – Kristen Nagler!   Let’s give her a big hand as she took a big personal risk, and a huge responsibility to bring us together today. 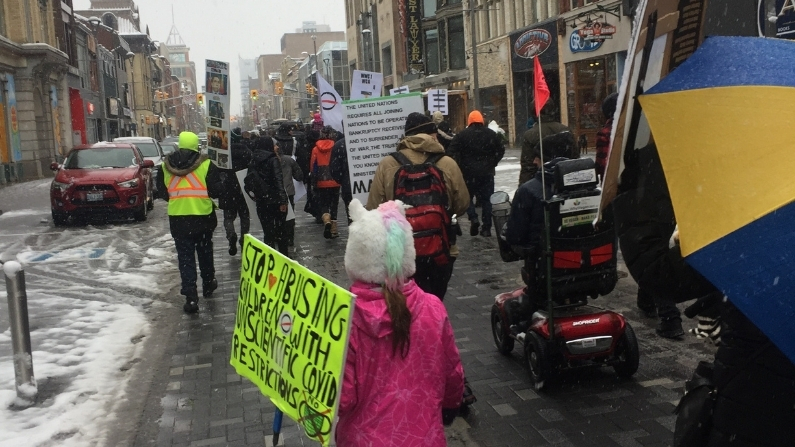 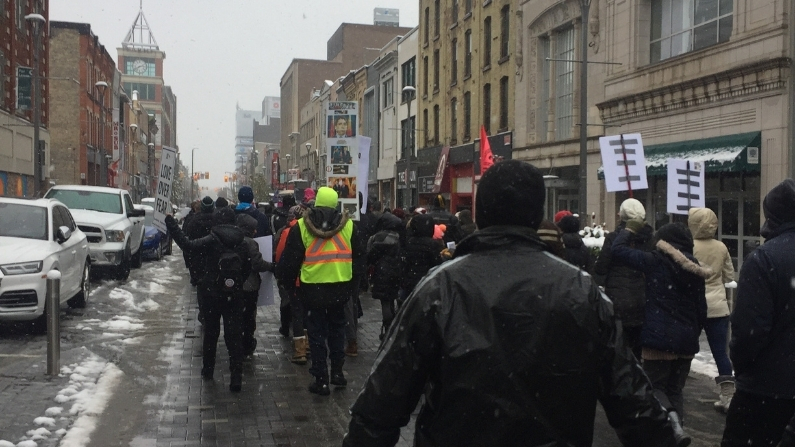 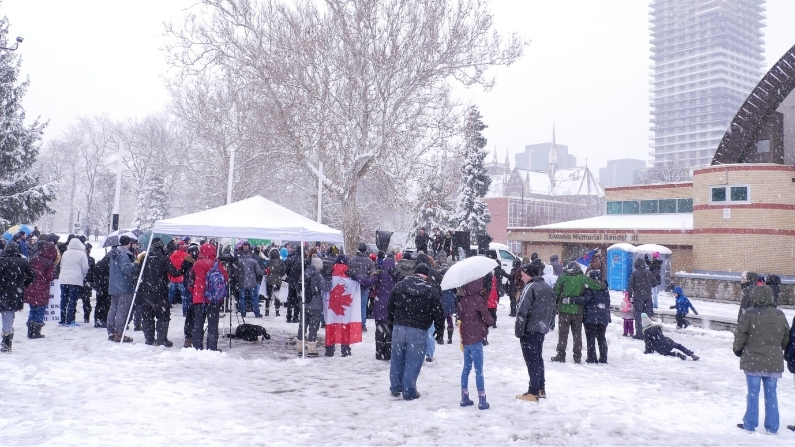 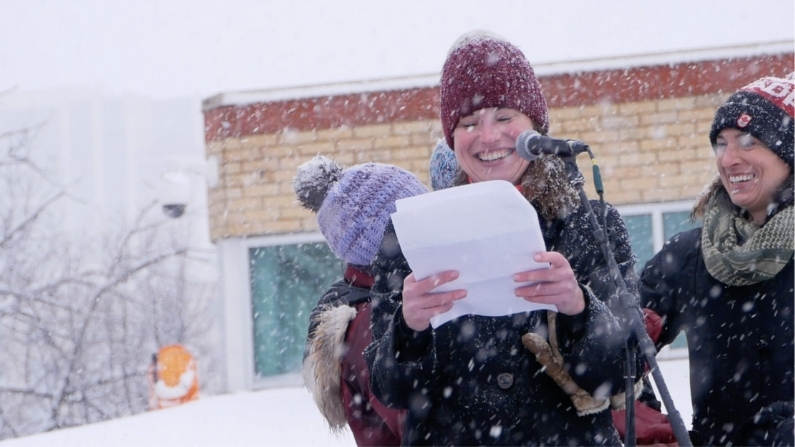 Kristen, like all of us moms who have organized Freedom Marches, have faced incredible intimidation and lies.  Government and police have lied about the rights to hold these Marches, and threatened to fine and even arrest us.  But if you pull back the curtain, it’s easy to expose their lies.  For instance, in my small town of Aylmer, the mayor, council, and police publicly threatened fines and claimed we were in violation of using public property without permission.  They were either completely uneducated as to the legality and process of public protest, which is protected by the Charter, or they willfully lied, knowing full well that what we are doing is lawful.  The Town of Aylmer Police Services board minutes (link: page 38-39) contains some pretty revealing information, which contradicts completely what the Town said publicly.  Let me read what our police chief wrote, in question to why his force didn’t lay charges:

QUOTE “We cannot enforce the anti-face mask as it would not be prosecutable in court.”  END QUOTE

The document admitted that, QUOTE “our job is to ensure there is no breach of peace, and the face mask issue is a challenge to enforce”.  END QUOTE

And finally, saying what we, who have done our homework, already know, he says QUOTE “The Charter of Rights would take precedence over By-Laws or Temporary Orders”.  END QUOTE

Let me repeat that last one again, for the people in the back:  “The Charter of Rights would take precedence over By-Laws or Temporary Orders”.  You see, THEY KNOW!

Yet publicly, they will spout off nonsense about all the violations that moms and families like you and I are committing, because an eager media gobbles them up, and most people are not willing to do their homework, or lack the oxygen to understand such fundamental freedoms.

We are done asking the state for permission to live and thrive as families.  We are done with the bureaucrats recklessly intruding into our domains.  We’ve had enough of the lies from Public Health and government officials that are shutting down our economy and our freedoms.  We reject and resist Canada being fundamentally and structurally reset, reimagined, and readjusted by the likes of the World Economic Forum, the World Health Organization, the World Bank, and their lackeys in our governments today.

We reject the tyranny of the Trudeaus, the Fords, the Holders.   We stand up against the small-town mayors who have seized upon the fear of a media-addicted population to bring this tyranny into your life.    We reject the lies we’re being sold.   We hereby state that we are taking back our rights, our responsibilities, and our freedoms! 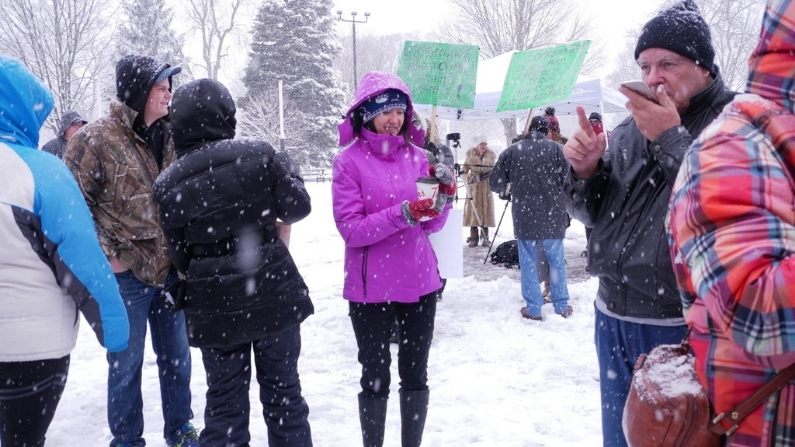 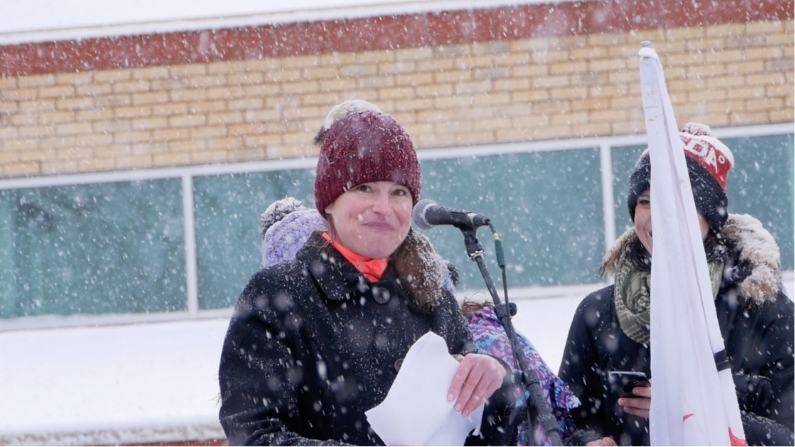 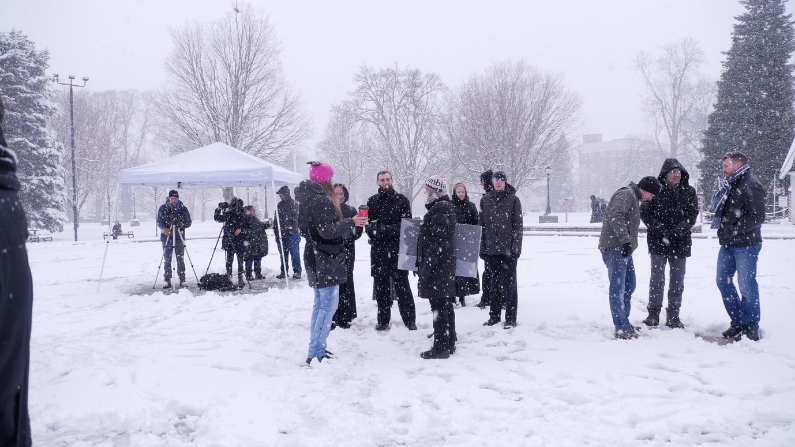 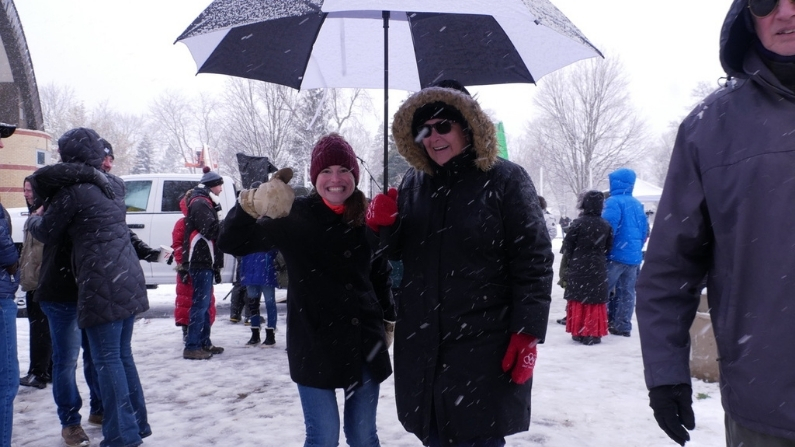 Hell hath no fury like a mom who’s been told that she can no longer take care of her family, and that she’s no longer essential!  When we get mad, we get busy!

There’s lots of things that we can do, and that you’re already doing.  Keep doing them.  Do the things that you’re good at, and don’t worry about the things you’re not good at – others will do those.  Most of all, don’t be afraid, and don’t back down.  Take back your life, and take back your freedom – not just for yourself, but for the whole of humanity, which stands at a crossroads, and looks to moms like you and I for how to move forward.

We will give you the space to exercise your freedom and speak freely, and we will always provide.  You are essential – all of you.

God bless you, Kristen, and God bless all the moms, all the families, and all of you who stand together with us today! 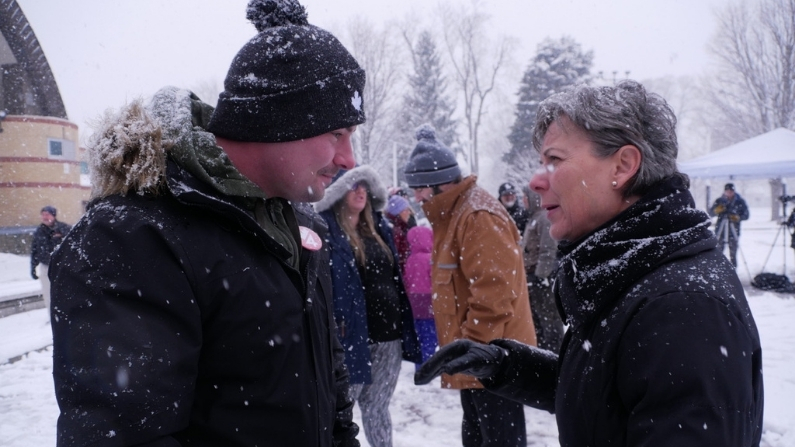 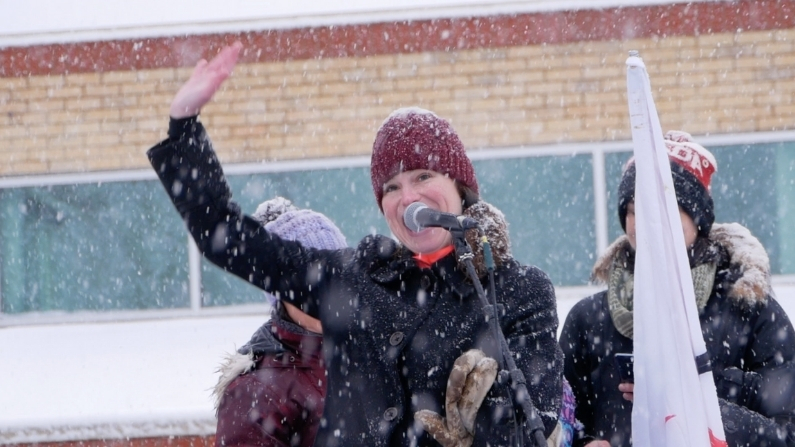 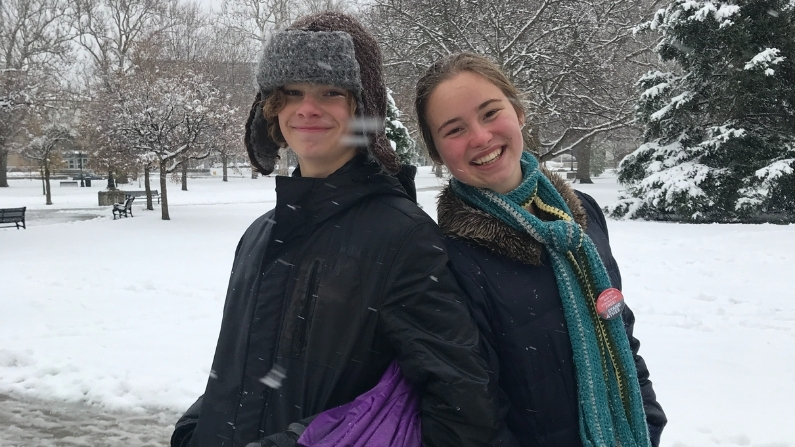 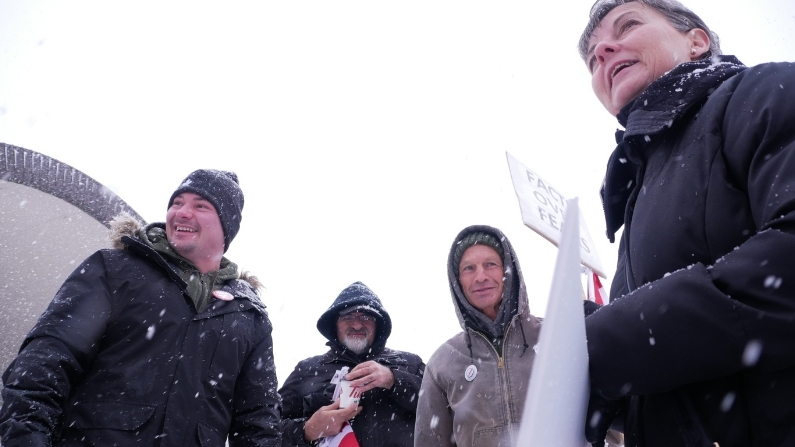