The Shepherd in the Tree 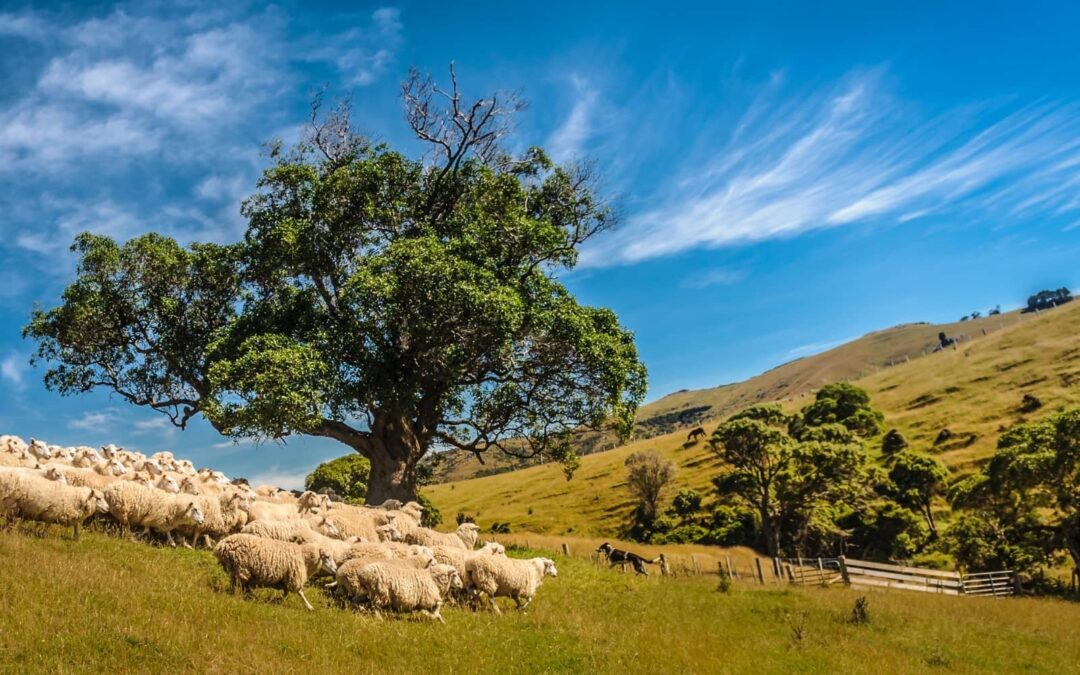 The Shepherd in the Tree

There once was a shepherd in a tree.  It was awkward – he didn’t like climbing trees, and sitting in a tree for a long time is in any case rather uncomfortable.  But there he was.

“Oh shepherd, why are you in the tree?”, one of his young sheep asked, sheepishly.

“Why, I have told you many times before: I am in the tree because there is a great mysterious beast prowling about.”

“I have not seen this beast,” the young sheep said.

“Oh, but I have heard it far and wide that this is no ordinary wolf; this is a beast far more dangerous to sheep and shepherds alike,” shepherd in the tree said.

So, the sheep went away.  It felt odd to have a shepherd who didn’t herd, but the young sheep found his freedom liberating.  And, the shepherd certainly did some shepherding.  Weekly, he would send a bird to tweet out the message that there would be a shepherding event taking place, calling all the sheep to gather under the tree.

At first, most of the sheep came to gather under the tree.  The shepherd would speak to them with the same loving words he always did, for he loved his sheep, and they loved him.  He told them of the great beast.  He told them also of the ordinary wolves, and gave them many instructions on how to keep themselves safe.

And mostly, he sheepishly urged them to herd themselves, and sheer each other’s wool, and heal each other’s wounds, but at a distance of three sheep-lengths from each other, in order to provide less of a target for the great mysterious beast.

After many weeks, a sheep came to the tree.

“Oh shepherd.  Why are you still in that tree?  The herd is scattering, and there are many hurt sheep that need your care.  You always patted my head, combed my wool, trimmed my hooves, and played sheep-games with all of us.”

The shepherd now looked sheepish.  “I don’t like being in the tree, but there is a great mysterious beast prowling about.”

“Where is this beast?”

“Prowling about.  I have heard of it far and wide.  And, have you not heard the reports of some sheep being wounded or dragged away by a great mysterious beast?”

“This beast is different.  Across the countryside, shepherds are in trees.  Furthermore, it is the recommendation of the shepherd council that the best place for a shepherd to be is in a tree, until the beast goes away, and isn’t sighted for at least a fortnight.”

So the sheep went away.

At the next shepherding event, many sheep did not come.  Some had wandered off, lost in the hillside.  A few had been eaten by wolves.  A few had joined a flock far away where their shepherd had not climbed a tree.  All of them looked bedraggled, unshorn with overgrown hooves and matted wool.

A year passed.  Much of the flock was gone.  Many sheep were confused, wounded and forlorn.

One day, a wise old sheep came to the tree.

“Oh shepherd.  Why are you still in that tree?  The herd has mostly scattered, and those of us who are left need a shepherd who is not in a tree.”

“But all the other shepherds are still in trees, because it has not yet been a fortnight since the great mysterious beast has been sighted, and we have been ordered to stay in our trees.”

“Forgive me, shepherd, for you are a kind shepherd.  But what flock will remain when you finally come down from that tree?  Surely you have many splinters by now as well.”

“Forgive me, shepherd, for you have always shown yourself a kind shepherd.  But, shouldn’t we perhaps face this beast as a shepherded flock, come what may?”

“I see you’re a sheep and not a shepherd.  You don’t understand what it means to be a shepherd.”

“Yes, but in every sheep there is a little shepherd.  Even in my family, I am a shepherd too, am I not?  Are not my lambs my responsibility too?”

“Yes, I suppose I have told you that many times, and you are a wise sheep.  I do grow weary of the tree-sitting myself.  I don’t think shepherds were made for trees.  There is word that if we just wait in the tree for another fortnight, that we shepherds shall once again be able to come down from the trees and shepherd.  Already, we have been told that we may shepherd from a lower branch, and as you can see I am already on the lowest branch.  Trust me, I have spoken to the district lord and complained about this uncomfortable shepherding arrangement.  I DO NOT LIKE IT!”

Painfully, the shepherd climbed down from his tree.  When he called his flock, none came.  He walked to another pasture and found another un-treed shepherd.

“Where is your flock?”

“They’ve scattered, it seems, at least those that remain alive.  I have heard of a few that joined a far away flock where the shepherd, fool that he was, never climbed a tree.  Where is your flock?”

“When you do, here is something to think about:  Perhaps we should join our small flocks together.  I have heard tell that there are more great mysterious beasts that may come in the future, and if we build a more comfortable tree, perhaps you and I can both shepherd together from that more comfortable tree.”

Arm-in-arm they walked to find their flocks, proud of their shepherding wisdom.