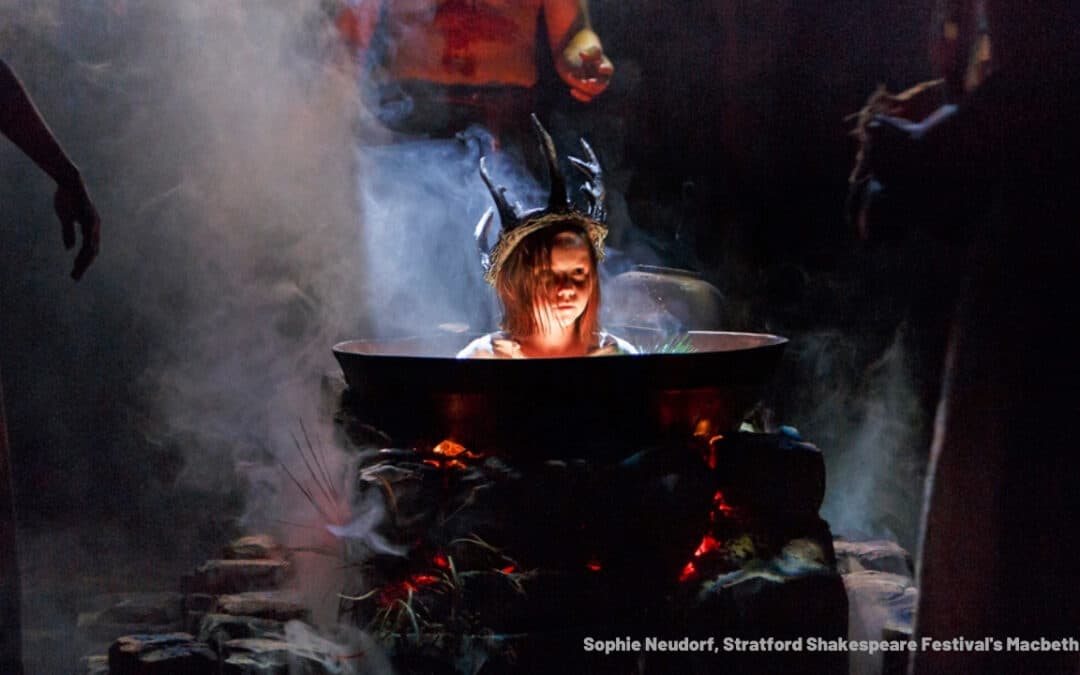 My response to a podcast from one of my favourite pastors who is also standing for freedom and providing a space for his congregation knowing that church is essential and that the church does not fall under the authority of the civic government but only under the authority of God.  He is incredible and our family is truly blessed to be part of this church family and we love it!

The culture is being reformed.  Government is being remade.  Everything is being shaken.  It all needs shaking.  The church also needs to be shaken – it’s a time of testing and wrestling and reform.  All churches are going to have to struggle, and mature, and deal with issues that they didn’t have to before.  Because, this time has brought new people to the church, because of the few remnants of the church that has remained faithful.  This is a thinking group, a strong group.  They’ve been tested.  Your church has attracted a congregation of exceptions.  We’re definitely being pulled out of the woodwork.

I didn’t want to come to church, because I didn’t want to change it.  I told people that I feared that would happen here – that I would and have to say something and open my yap.  There was a reason I was attracted to this church so I should let it be and let it just work on me!  That is really what I’d rather do – just not say anything.

In this time never have I valued Sunday fellowship as much as I do now.  The people in this congregation are all exceptional in the sense that we’re the misfits.  It’s not the congregation it was pre-pandemic.  And so, this congregation of exceptions are more independent.  We have taken it upon ourselves, in the sphere of our families, to take responsibility for the spiritual health of our family without relying upon the institutional church (I’m not talking about the church as the body of Christ), in a time where it was all but impossible to find a church (again…) that was not a bought & sold “state” church.  Similarly, we have already found ways of taking care of our health without farming that out to the government.  Ways of educating our families without handing our children over to the state – I’m not talking just about homeschoolers, but even those who send their children to school but take on the primary task of the “real” education in their children’s lives.

I chose a more natural approach to health a long time ago – well before I had our first baby.    I chose to have the control and responsibility of my children’s primary health.  Which brings me to your podcast, which was COMPLETELY disconcerting.

I would like to emphasize that I think it’s not a good idea to discourage people from reading and studying on their own in any topic.  Especially saying that people should do so through the eyes of other Reformers.  To do so is exactly what the Pope has done throughout history.  Teaching that the common people cannot learn the correct things unless he does it for them and tells them what they need to know and filters it through.  It is incorrect to assume that people will indeed be led astray through their own study and that God isn’t going to lead others just like He’s led other Reformers or pastors etc.  It is paramount that people are encouraged to study and read – everything.  God is pursuing people.  And for those already focussed on God, He is leading them.  In fact, down at the bottom of every rabbit hole and the more in-depth a person goes into a subject there they will find Jesus.

Pharma, which comes from the word Pharmakeia, is used several times in the new testament, and is defined as witchcraft and sorcery.  Much of today’s modern health care and pharmaceutical industry rightly fits that bill.  The very word pharmaceutical comes from the word pharmakeia.  Those vaccines which use manipulated DNA, human baby fetal cells, and most of the rest of it. “All hail Macbeth!” to that witch’s brew.

So, you can imagine why I was pretty flabbergasted that instead of calling out much of today’s modern medicine as the witchcraft that it is, you flipped the tables and called out moms who have rejected that sorcery in favour of well-researched, natural and food-based health.  Health that has been around far longer than the witch’s brews that most everyone I know rests their faith upon and allows their children to be injected with from the very moment they’re born, likely dozens of times by the time they reach adulthood.  Health that we moms have studied to such an extent that it would surpass the depth and time-commitment of a doctorate degree in Pfizerology.  Furthermore, to even hint that THIS type of natural health dangerously borders on the occult, leaves me pretty speechless.

Trust me, I know there are the exceptional anomalies that may have graced the corridors of your church building, who “look just like the rest of us”, who have crossed the line from a solid biblical understanding of natural health into something bordering the occult.  Those are by far, anomalies.  What I would say about a good percentage of the butts in the pews in front of you each Sunday are people who have bought hook, line and sinker into the devil’s lies that the Health Canada vaccination schedule, the Health Canada food guide, and the recommendations of their allopathic doctor and white coated scientists, are gold.  Except now.

The people in the white coats are for the most part your “wizards”.  The moms mixing essential oils to rub on their coughing children’s feet, and helping other moms fellowshipping in the church lobby to look after their children without pharmakeia as anything but a LAST RESORT, are not the witches you look to burn.  They are the wise women, who like the wise men bringing frankincense and myrrh (ingredients of essential oils) to our Saviour, have learned and understood that incredible treasure of God’s natural bounty that is available to everyone.

God created the ingredients used in essential oils and natural remedies – for instance in homeopathy.  These things are not sliced and diced and split into cells and sections of DNA in a lab — THIS is indeed the manipulation of the world around you that you are speaking of.  Using this snake oil sold by big pharma and government supports a manipulation of nature not fit for the health of humanity, our world, or for how God designed us to thrive.

There are also gifted healers for all sorts of things in cultures all over the world.  God provides people like that!

Things like willow bark synthetically remade with chemicals in a lab so that there is a patent created for profits separates us further from using the tools God made for regular people to access and use to help them.  Natural sorts of ingredients are created by God and work — mom approved.

Try quitting pharmaceuticals as indeed many people that use them are “so passionate” about them, think their children aren’t designed to live without them, and are resting their faith on the witchcraft which is pharmakeia.

I do see oil used in the bible, I definitely don’t see vaccines.

We are not to be slaves of big pharma thinking God made our bodies flawed. The more people adopt that realization into their lives the more they are able to lower their meds and find a lifestyle that heals them and live a more abundant vibrant life – independent of public health which would rather you rest your faith on them.  It’s all linked to personal responsibility and that God made our bodies to be able to do incredible things if we feed them as He intended. ⁠

Has pharma helped and saved people?  Certainly!  (However, when it comes to vaccines, that is VERY debatable.  I’ll give it a resounding, NO.)  However, the ROOT of the problem is never addressed in Western Medicine.  Western Medicine is essentially only a bandaid solution with heaps of side effects rooted as we already stated in an unhealthy manipulation of nature and shown to be one of the top 4 leading causes of death in the Western world.  The root of illness is what natural medicine and lifestyle addresses — that is real health.

Furthermore, I have long marvelled at the blind faith in Western Medicine that much of the church has.  In fact, I don’t think I’m going too far when I say that it reveals a kind of poverty-stricken faith in God’s ability to create perfect human beings.  I am very aware of how we have fallen, and that everything was thrown out of order in the Garden of Eden.  But to somehow think that we, even as fallen human beings, are so damaged that we require a steady diet of vaccines and medicine cabinets full of pharmaceuticals in order to live boggles my mind!

It’s as though God created us perfectly, and we fell somewhere 6,000 years ago, and he waited 5,700 years for His faithful reformers to finally bring His solution into the world, thanks be to Calvin and company.  (Only a little bit sarcastic).  Imagine all those poor, unhealthy, diseased aboriginal tribes who miraculously managed to cling to life until Western missionaries showed up on their shores with their pharmaceuticals ridding them of their occult medical remedies like pine-needle tea.

If we believe Paul in Romans 1, then we must believe that while these aboriginal tribes were not your typical converted Christ-followers, they had every opportunity to seek and find God as revealed in nature, and that God didn’t leave them as impoverished peoples with regard to their ability to live healthy lives, however dangerous life was for them.  These lies that are propagated in much of victor-written (actually: conqueror written) history books are written by the same authors of Western Medicine textbooks of which the church unfortunately remains a fairly vocal supporter.

I hope that the shaking that is going on in the church shakes out these notions once and for all.

Now I’m going to go organize my natural remedies (not potions 😉 ) in case anyone needs them so they can avoid the hospital and allopathic doctors, if they can help it! 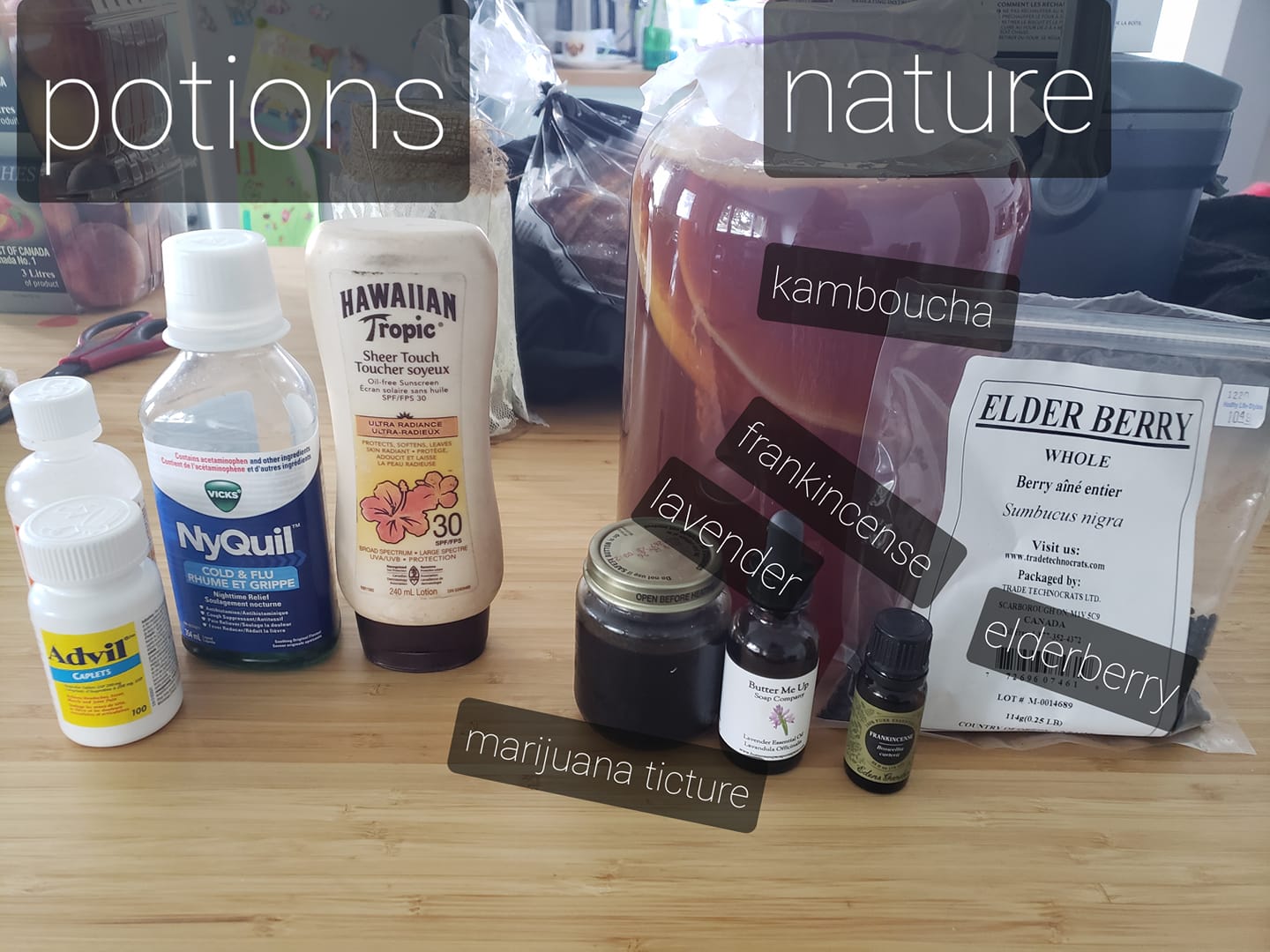